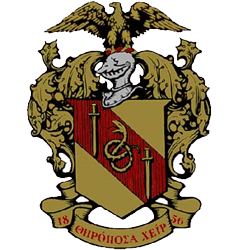 Theta Chi at Oregon State has stood for a century. Sigma Chapter has never been removed from campus, and it has stayed in the same house, built specifically for the chapter, since its construction in 1926.

For ten years before that, the Chapter house was the same building that now houses the Downward Dog on Monroe. Theta Chi is the second oldest fraternity on campus.