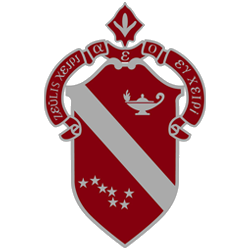 Beta Upsilon
Female
Council Membership:
Panhellenic Council
Chartered:
1947
Mission:
Alpha Phi is a membership organization dedicated to promoting sisterhood, cultivating leadership, encouraging intellectual curiosity, and advocating service. The objectives of our fraternity are the promotion of growth in character, unity of feeling, sisterly affection, and social communion among our members. We have banded ourselves together to improve our minds and hearts. We believe ourselves to be sincere searchers for truth. We seek the highest ideal of womanhood, and we try to gain this ideal by cultivating not only the power and passion for seeking intellectual development, but also the spirit of love and charity. We are united and under a solemn pledge to lend a helping hand to one another.
We are women that strive to be the best in all aspects of our lives, socially and academically.
Inter / National Website:
http://www.alphaphi.org
Physical:

Formal recruitment reference letters should be submitted to the national website, alphaphi.org or directed to: